You are here: Home / Obesity / Sleep Deficiencies and Obesity

Few people would argue with the idea that sleep is good for us, but not many of us know that a lack of sleep can cause weight gain.

The health benefits of sleep are extremely well-documented1)Phyllis C. Zee, MD, PhD; Fred W. Turek, PhD. Sleep and Health. Everywhere and in Both Directions. Arch Intern Med. 2006;166(16):1686-1688.. It provides protection from many medical and psychiatric conditions as well as having positive effects on mood, quality of life and well-being.

But more recently, mounting evidence has suggested that poor sleep is associated with an increased risk of obesity2)Cappucio F.P. et.al. Meta-analysis of short sleep duration and obesity in children and adults. Sleep 2008 May;31(5):619-26.. 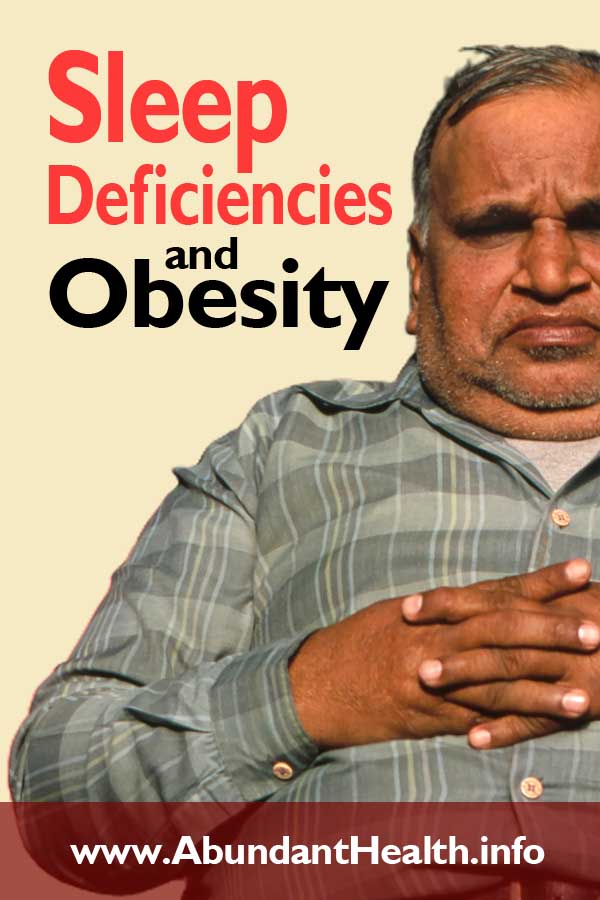 Short sleep duration appears to predict changes in weight over time. Children who were poor sleepers at three years of age, for instance, have been found more likely to be obese by the age of seven3)John J Reilly et.al. Early life risk factors for obesity in childhood: cohort study BMJ 2005 Jun 11;330(7504):1357.

While there are a number of possible explanations for the relationship between poor sleep and obesity, there’s growing support for the idea that disrupted sleep increases food intake4)Marie-Pierre St-Onge. The role of sleep duration in the regulation of energy balance: effects on energy intakes and expenditure. J Clin Sleep Med. 2013 Jan 15;9(1):73-80. This may be due to the effect of sleep deprivation on brain function and the physiological control of appetite.

Poor sleep might also increase the reward value of eating by making certain foods seem more attractive and increasing our motivation to obtain them. This idea is supported by recent research using functional magnetic resonance imaging (fMRI), which measures activity in specific regions of the brain by detecting changes in blood flow.

At the same time, lack of sleep might also impair our ability to make decisions and exert self-control over food intake.

After sleep deprivation, there was greater activity in the amygdala region of the brain (which is important for reward behavior) in response to pictures of food. Sleep-deprived participants also reported a greater desire specifically for high-calorie foods compared to low-calorie foods. 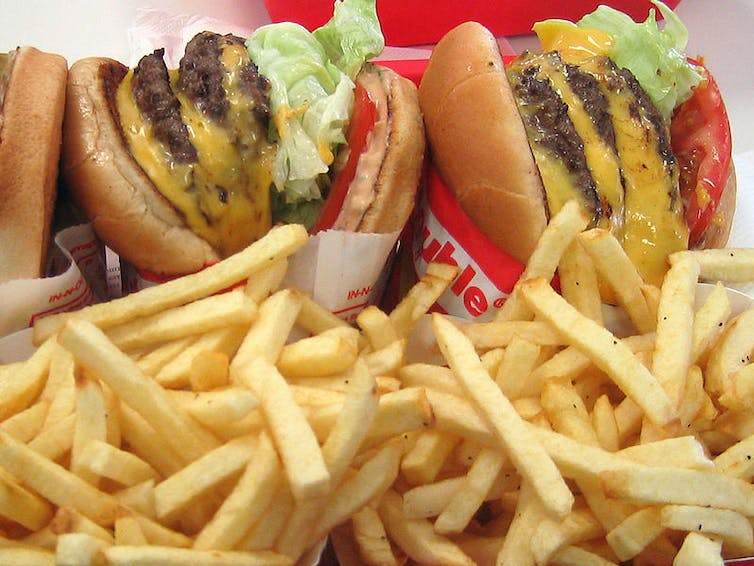 At the same time, the scans showed other regions of the brain believed to be important for “higher-level” brain function and self-control were less active after sleep deprivation. This means sleepy people may be less able to control what and how much they eat.

So it seems sleep deprivation may promote over-eating via a two-pronged effect on brain function – the desirability of food is increased at the same time as higher-level processes that enable us to control how much we eat fail.

The idea that sleep deprivation reduces our ability to inhibit certain behaviors also appears to make sense in the context of more general theories of self-control.

The Limited Resource theory8)M Muraven, R F Baumeister. Self-regulation and depletion of limited resources: does self-control resemble a muscle? Psychol Bull. 2000 Mar;126(2):247-59., for instance, proposes that we have a finite reserve of self-control that can be used to regulate our behavior, similar to a muscle that becomes fatigued under too much pressure.

When you are tired after poor sleep, you might have reduced self-control “strength”, making you more likely to engage in disinhibited behaviors, such as over-eating unhealthy foods.

The next step for this line of research is to illustrate whether these findings apply to excessive consumption of food.

There is, in fact, growing evidence that poor inhibitory control is a critical factor10)Katrijn Houben. Overcoming the urge to splurge: influencing eating behavior by manipulating inhibitory control. J Behav Ther Exp Psychiatry. 2011 Sep;42(3):384-8 in over-eating, along with other substance use disorders.

But it’s important to consider alternative mechanisms that might account for the association between sleep, eating and obesity such as the dampening effect poor sleep has on mood. After bad sleep, we may feel fed up or depressed, which might promote the eating of high-calorie “comfort foods”.

Research in this area provides important insight into the causes of over-eating, obesity and potential intervention strategies. Helping people to improve the length and quality of sleep may be one such approach.

This article is republished from The Conversation under a Creative Commons license. Read the original article.

Charlotte Hardman is a Senior Lecturer in Psychology of Appetite and Obesity at the University of Liverpool. Her research examines the psychological and biological control of appetite, food intake and addictive behaviors.

Good things need to be shared: