Sweet things are part of our life, but chocolate has a bad reputation. Therefore, diet-conscious people resort to carob. But carob can do much more than just replace cocoa powder. Studies have shown that this natural substance can be used in the prevention and treatment of elevated blood fats and the metabolic syndrome.

I don’t believe my eyes. Some cows are standing under a 10 meter high tree with widely spreading branches. Again and again they stretch their necks and tear long, brown pods from the tree with their mouths. Then they grind the pods slowly and with relish in their wetting mouth. I’m in Spain near the coast of Costa Blanca. There is no doubt this is a carob tree. I know carob as a cocoa substitute, but that the cows like it so much, amazes me.

The carob tree is an evergreen tree. It is very heat and drought resistant. He doesn’t like frost. That is why he is only found up to an altitude of about 500 meters. The tree belongs to the legume family, botanically called fabaceae. Like our beans, it lives in symbiosis with nitrogen-fixing soil bacteria. You don’t have to fertilize it, on the contrary: it enriches the soil with nitrogen from the air, making it ideal for organic farming. The tree is getting very old. It also has no natural pests.

It blooms for the first time after about six years. After pollination, the flowers develop into thick pods that are about 1 inch (2 cm) wide and 2 – 8 inches long (6 – 20 cm), straight and later often curved. First they are green, then they become leathery, brown-black and hard. They hang on the tree for up to a year. These pods are called “Kharub” by the Arabs, hence the name Carob. Locust bean is another name for the carob pod. John the Baptist has probably eaten the pods of the locust beans, but it was transcribed erroneously to locusts in the bible account. The botanical name is “Ceratonia siliqua”.

The wood of the tree is very rot resistant. Therefore, it is suitable for fences and wood floors, for walking sticks and tool handles. Charcoal made from the carob tree burns for a long time. The tree was probably first cultivated in Egypt. There is evidence that pharaohs used wood as construction timber. With the Romans, the tree then traveled to Greece and later to all the Mediterranean coastline. Emigrants eventually brought the tree to Australia and South America. The main growing areas for the industry are: Portugal, Italy, Spain, Morocco and Cyprus.

From August to October the pods are knocked off the tree with sticks, similar to olives. You shouldn’t wait until they fall off the tree by themselves, otherwise the natural moisture will make them moldy very quickly. The juice (caftan) is pressed from the green, fleshy pods. You can also use it to make caftan honey. It is thickened into syrup or fermented into alcoholic beverages. In areas where the carob tree grows, the pods are consumed fresh or dried as a whole. You can’t peel them. They have a peculiar sweetness because they contain a lot of simple sugars. The well-known carob powder is obtained by grinding the dried and roasted pulp. For high-quality powder you only use the middle part of the pod, because the ends are usually bitter. The seeds are also removed and processed separately.

The carob powder is fine as flour. Depending on roasting it is light to dark brown. It shouldn’t be too dark, otherwise it will taste bitter. The tart, aromatic taste is not quite the same like chocolate. The pure powder smells and tastes just as bad as cocoa powder. The pleasant taste develops only when mixed with other ingredients, and you need normally only small amounts to develop the taste that resembles somewhat to chocolate. As long as being dry and in a well sealed container, the powder can be stored for years because it contains hardly any fat. You can sometimes buy whole, dried pods in the health food store around Christmas time.

Carob is a valuable, hardly processed natural product. Due to the high proportion of natural sugars, it is a source of energy, but it hardly contains any fat. 100 g powder contains around 200 mg fat and provides 255 kcal; Cocoa powder on average around 470 kcal. Due to the high fiber content, especially pectin and tannin, it promotes digestion, whereas cocoa tends to constipate. Carob is free from the stimulating theobromine and caffeine, which are found in cocoa. It contains important vitamins like beta-carotene, and riboflavin; also minerals such as iron, magnesium, calcium and potassium. However, this should not be overestimated, as the low intake levels are hardly significant. Carob is used more like a spice.

Carob can be used as a substitute of cocoa powder in recipes. It is suitable as a coating of pastries, cakes and coated nuts. You can mix the powder into cake batter. Carob goes very well in homemade ice cream and drinks. Mixing it with cane sugar, it makes an excellent chocolate drink substitute. You can mix it with yogurt, cereal and milk. Ingenuity has no limits. It is also processed to a coffee substitute, the carob coffee. The glue industry processes carob, and it is also mixed into animal feed.

The carob gum must not be confused with the carob powder. It is obtained from the separately ground kernels. It’s a light-colored, almost tasteless powder that consists almost entirely of indigestible fiber. As E number 410, it is an important additive in the food industry. As a little processed, natural thickener and as a stabilizer, it is used in baked goods, gluten-free bread, confectionery, puddings, jams, ice cream, in beverage production, for soups and sauces. 1 gram of locust bean gum binds around 50 milliliters of liquid when cold and up to 100 milliliters when heated. Locust bean gum itself is not a gelling agent, but it does improve the gelling effect of agar-agar, carrageenan and xanthan gum. Therefore it is often used together with these.

Acute digestive disorders such as vomiting, diarrhea, colitis or celiac disease are areas of application for the administration of diet products made from locust bean gum. Studies also show it can be used to treat high cholesterol and triglycerides. This effect is due to the dietary fiber, which consists mainly of galactose and mannose. The polyphenols in the carob also play an important role, lowering the glycemic index of foods and having anti-inflammatory effects. This is especially important for people with metabolic syndrome. People who suffer from this syndrome have impaired glucose and insulin metabolism, combined with high blood pressure and high fat and cholesterol levels. This usually results also in obesity. In a study, volunteers with this syndrome were given 15 g of a carob fiber supplement in the form of breakfast cereals, fruit bars and powdered drinks to eat every day. After six weeks, it turned out that the total cholesterol and LDL dropped significantly.

On the Gold Scales

Incidentally, the word “carat” comes from the carob tree, which is called “ceratonia” in Latin. The seeds almost all weigh exactly the same, about 0.2 g, i.e. one carat. In ancient times, the seeds were used as weights for gold and precious stones.

Carob is really a little gem with the worth of gold. Don´t be shy to include it more regularly into your diet!

Ronaldo Oliveira
You have a hard time to try out alternatives to the spreads you are used to for such a long time? Check out if that is not tasty, and done quickly as well!
Print Recipe Pin Recipe
Prep Time 10 mins
Total Time 10 mins
Course Spread
Cuisine American 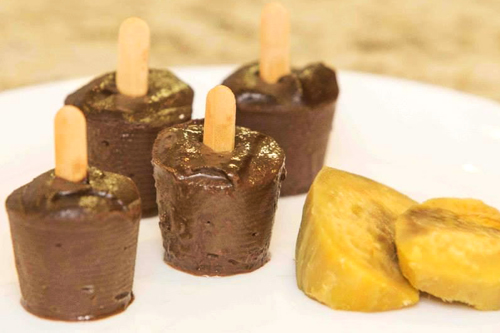 Esther Neumann studied Nutrition at the University of Vienna. Since then she served as an author for the health magazine “Leben und Gesundheit” and conducted health lectures in various locations of Austria. 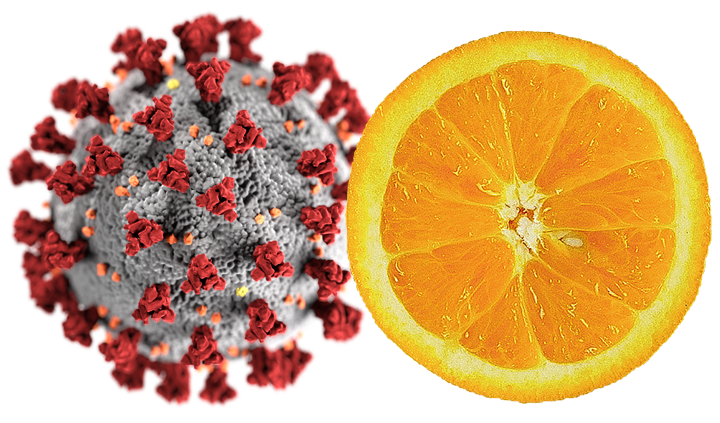